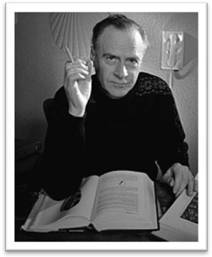 At the height of his popularity on the international lecture circuit in the 1960s and ‘70s, Marshall McLuhan was both hailed for evoking a future of universal understanding and unity through computer technology and vilified for contributing to the demise of print culture.  One hundred years after his birth and thirty years after his death, building on the enduring legacy of his writings depends on avoiding such simplistic and radical interpretations of the framework that McLuhan offered for a full understanding of the relationship between culture and technology.  This presentation distils essential McLuhan, including rarely explored dimensions of his thought, in order to shows its relevance to twenty-first century life. 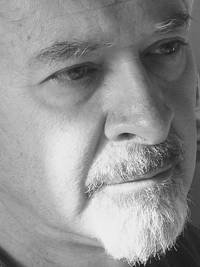 Dr. Terrence Gordon began his teaching career in the Department of Romance Languages at the University of Alberta, before joining what was then the Department of Romance Languages at Dalhousie University in 1972.  Over the next thirty years, he taught a variety of courses, including translation, linguistics, the role of radio propaganda in World War II, and Marshall McLuhan's media analysis.  In 1998-99 he launched courses in Italian that would lead to the formation of Dalhousie's program in Italian Studies.  At the time of his retirement from full-time teaching at Dalhousie, he held the Alexander McLeod Chair in Modern Languages and has since continued teaching and curriculum development in semantics, semiotics, linguistic theory, and history of linguistics at St. Mary’s University.  Dr. Gordon was the first North American scholar to have his work published in the Cahiers Ferdinand de Saussure (Geneva), and the first scholar to be awarded a grant from the Basic English Foundation (U.K.) for research on the life and work of Charles Kay Ogden.  His work has appeared in publications as diverse as Meta, Babel, Indogermanische Forschungen, The Semiotic Web, Historiographia Linguistica, Histoire-Epistemologie-Langage, CMLR, The French Review, Language Quarterly, et cetera, Dalhousie Review, and many others. The first of his four books on the life and work of Marshall McLuhan brought him the invitation to write McLuhan's biography and he has subsequently produced critical editions of four of McLuhan's major works.  He is rumoured to be the same person whose name appears as Terry Gordon on real estate signs around Halifax and a popular teacher at the Nova Scotia Association of REALTORs®